Project title: Preparation of Thirteen Point Action Plan for the Implementation of the recommendations of the High Level Land Reform Commission

Main features of the project/assignment:
Policy Intervention, advocacy and formulation for implementation of land reform.
Summary of the Project: Government of Nepal Prime minister’s office and Ministry of Finance has set few top priorities where land reform in which concrete work plan has to be prepared. They are: i) formulating Land-Use policy, ii) Work plan on Scientific Land Reform will be made on two land reform commission’s report and implement with in Baisakh 2069 BS.

The major objective of this programme is to formulate work plan based on reports of two land reform commission on Scientific Land Reform through informed analysis and debate with stakeholder consulate.

As an outcome of the workshop, MoLRM formulated a concrete action plan (13 points action plan) to provide immediate services to different sections of people. This programme also brought forward the concern of political ownership, responsibility, commitment and equity. Further, it became the basis for sustaining effect on effective implementation of action plan on scientific land reform. 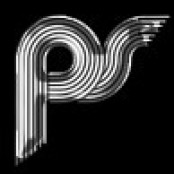 A short message from chairperson will be shown here.